Gone are the days when boys used to court you in front of his friends, when he would fret so much just to say a simple “hi” to you, coming up with plans to propose to you, or even profess his love for you. Now boys prefer being courted too!!They actually enjoy it. They want to be treated like a prince charming. They want girls to take the first step. But you don’t worry.

Here are some of the ways to ask a guy out without making a complete fool of yourself:-

I get it. It is super scary to ask a guy out. You are worried about getting humiliated or teased or embarrassed. But what you fail to understand is that there is no harm in it. Instead the longer you wait; more is the chance that you will lose him. He might not even know that you like him. Studies have shown that guys find it attractive as well as bold when girls ask them out.

Before asking a guy out its better that you get to know him better. This way you will understand him, will get to know more about him and eventually can figure out whether he is the type of the person you want to be with or not.

I know you must be excited when he initiates to talk to you or when in a group of friends he comes and sit right next to you but you got to maintain your calm. You have to maintain that “low pressure condition”. We don’t want to scare him now, do we?

What happens when one day you finally muster up the courage and decide to ask him out? Great huh? And when you finally approach him and he is in foul mood? Instead of standing in front of him and blabbering about random stuff always prepare yourself to get yourself out of these situations by having an escape plan.

Thinking about what might happen and because of that ruining your special moment together doesn’t seem worth it at all. No matter what his answer might be, you should be yourself and just be confident. Whatever will happen will be for the greater good.

Times have changed people have changed. There is nothing much that you can do about it. But instead of leaving your fate in someone else’s hand you take charge of your own destiny. So what he doesn’t ask you as his prom date? You ask him instead. It does not make you seem weak or pathetic but by doing this you are one step closer in finding your Mr. Perfect. 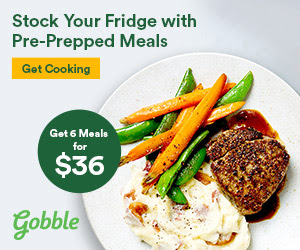